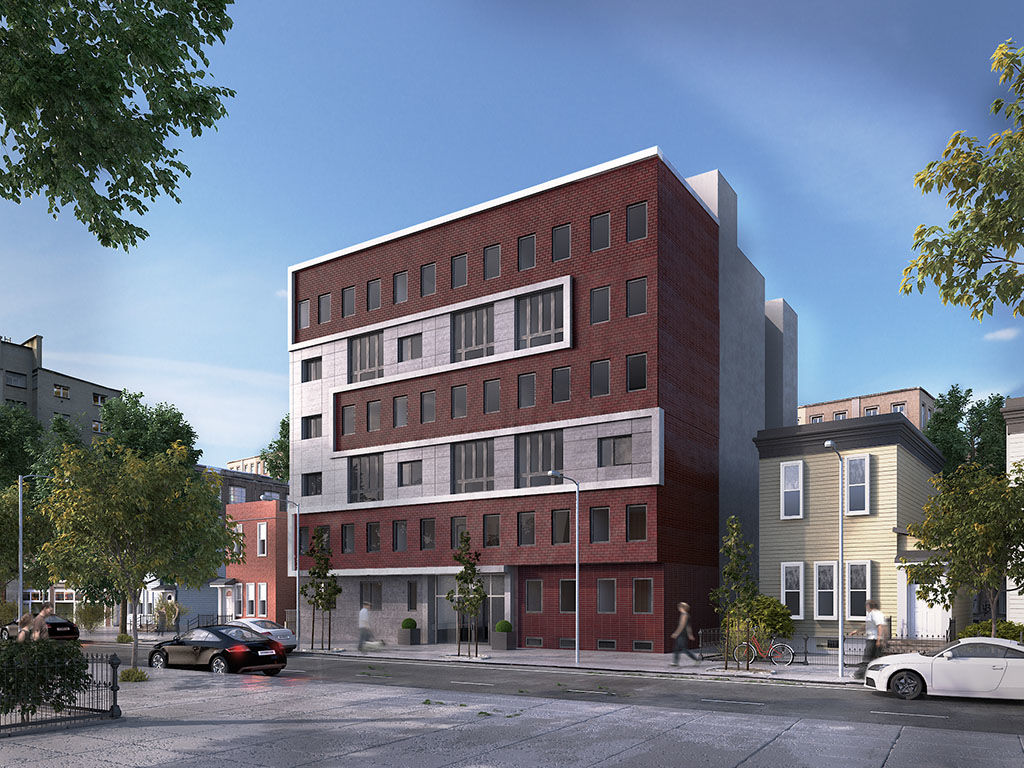 100 Tuers Avenue is a new 38-unit building, providing a mix of 19 one-bedrooms and 19 two-bedroom units on a residential block in the Journal Square section of Jersey City. The building replaces two 2-story dwellings on a 10,000 square foot lot. Utilizing their existing basements, the project proposes amenities including a gym, playroom, and game room; as well as both public and private roof decks. Recognizing the change in scale on the block from one- and two-family houses to multi-family buildings, the project’s façade consists of a horizontal banding of materials prevalent in nearby structures, brick from the residential buildings on the block, and metal panel from the new STEM building of Hudson Community College. The resulting, interdigitated façade brings together seemingly disparate features and materials on the block, in a way that allows them to work together. The concept is based on the writing of Harvard ecologist Richard T.T. Foreman, who uses the term to describe the successful mixing of two species or landscape types by interfingering one element with a second type.