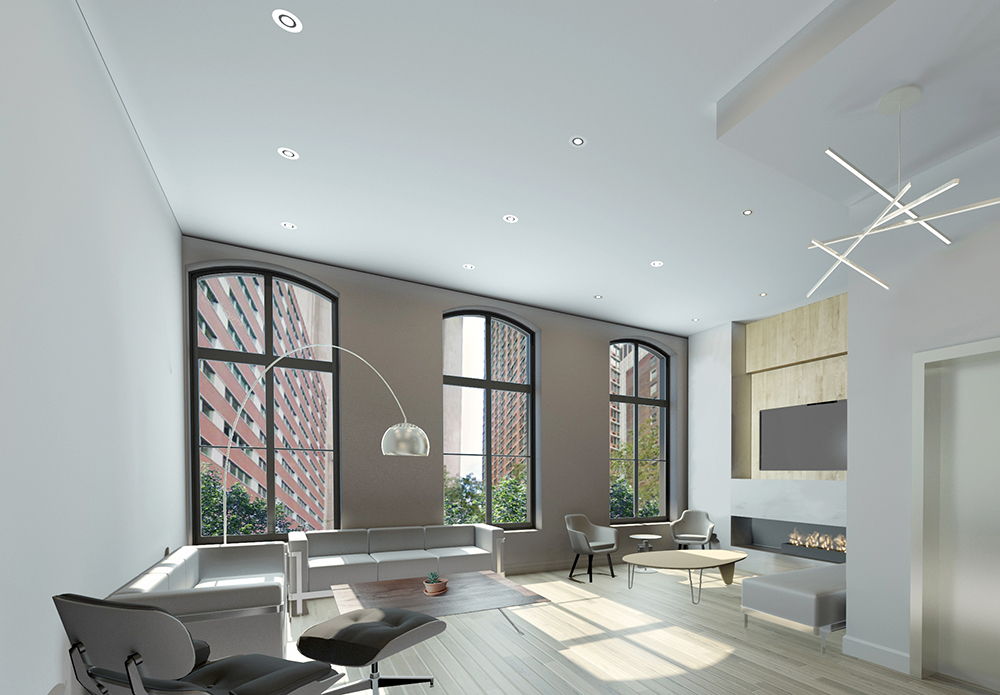 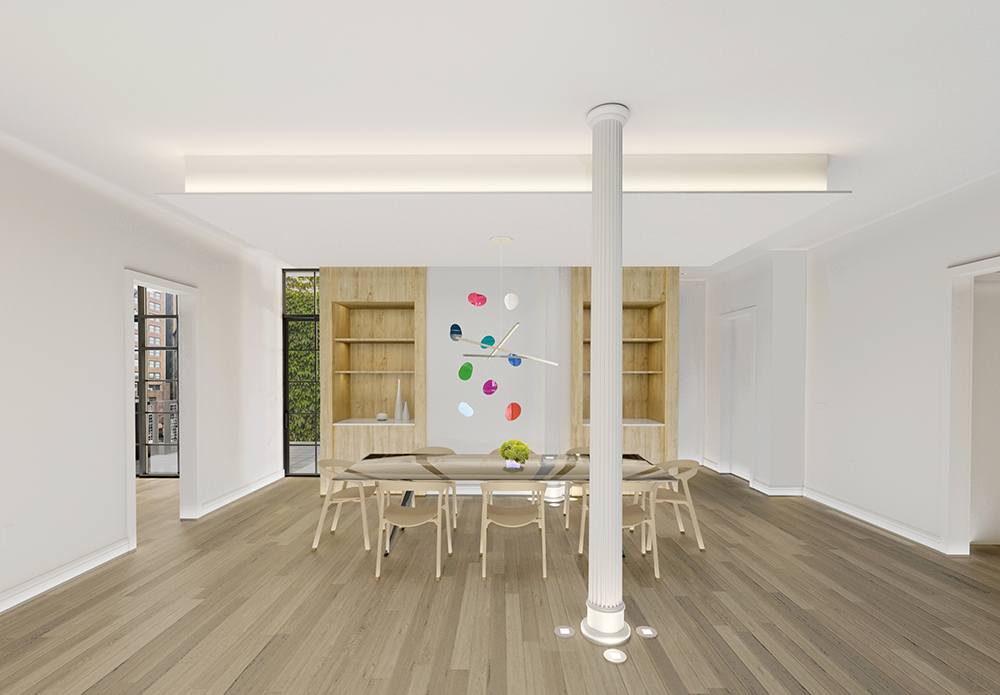 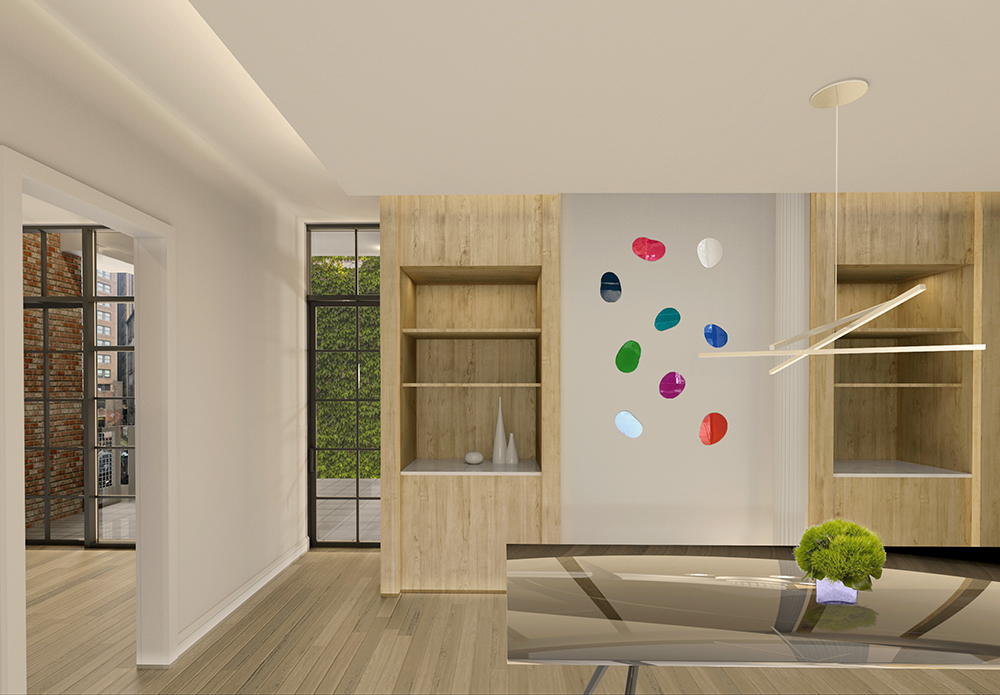 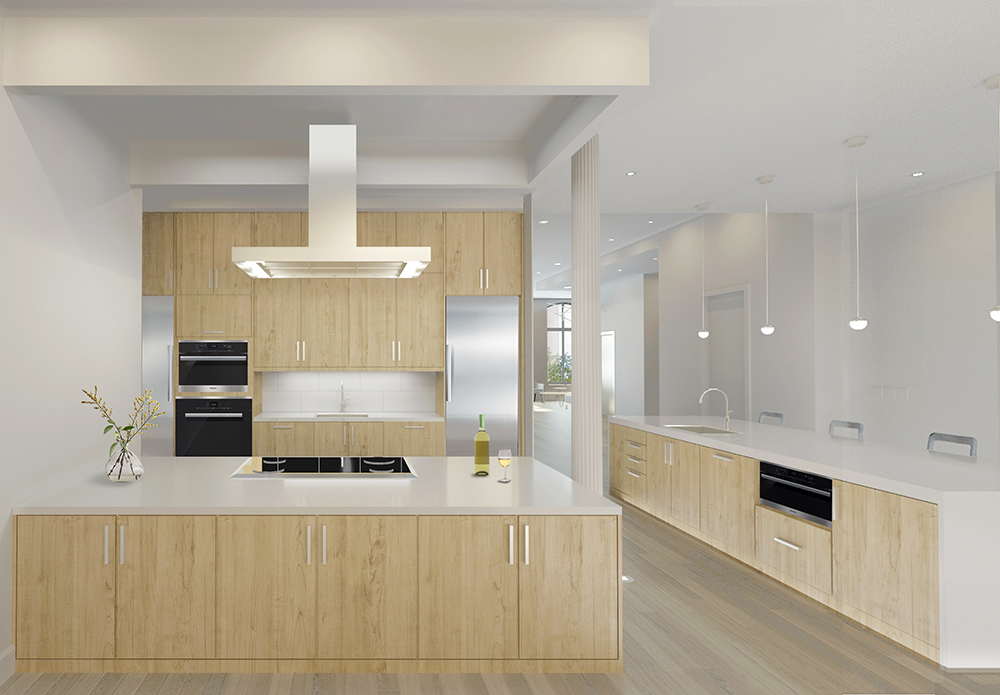 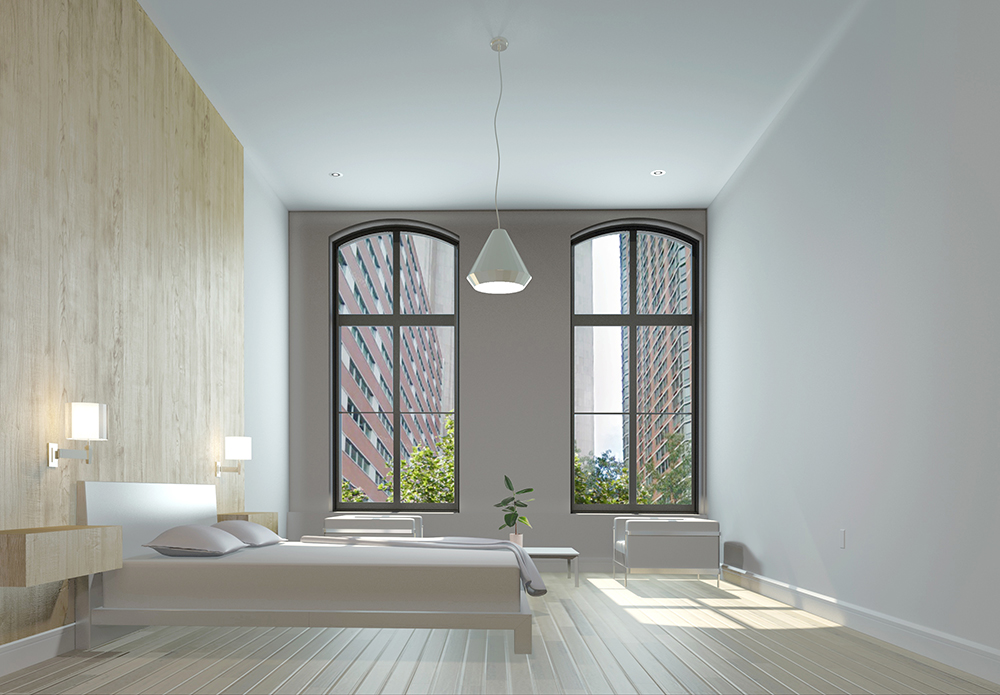 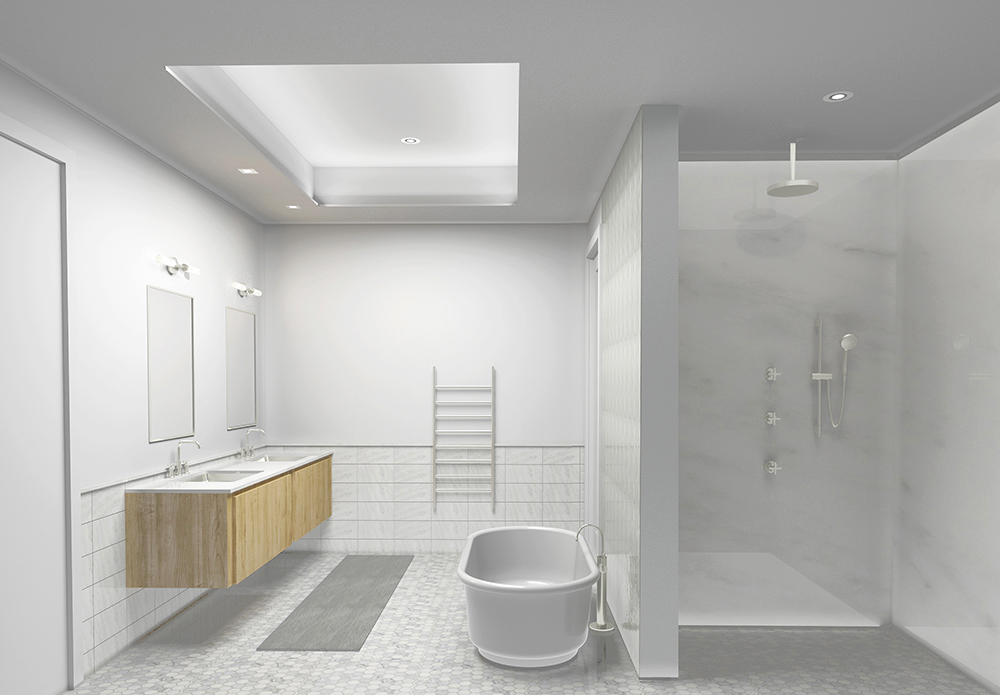 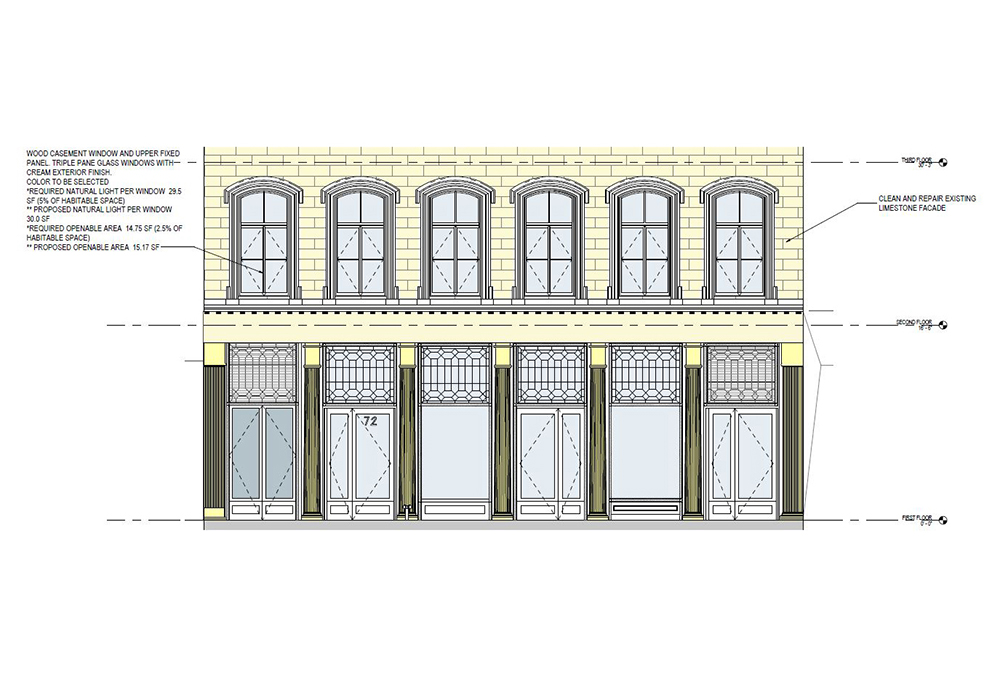 Located in the Tribeca South Historic District, 72 Reade/112 Duane Street was originally used as a warehouse circa 1850 and later converted to commercial and office space on the first and second floors respectively, with residential units on the upper floors. This project is the conversion of the existing second floor office space into two luxury condominium units, approximately 4,500sf each. The first floor and basement are also included in the scope to create retail spaces for future tenants, with a focus on restoration of the two cast-iron storefronts which required extensive review by the Landmarks Preservation Commission. The second floor windows were also included in the scope, establishing a larger plan for the future restoration of all windows on the two historic facades. The size of the floorplate at 9,000sf presents design challenges for bringing natural light and air into this through-lot configuration. To achieve this, we created a new exterior space which is carved into the second floor, below an existing courtyard at the floors above. This new covered deck provides desirable private outdoor space to each of the units, all of which will be constructed without disturbing the apartments above.