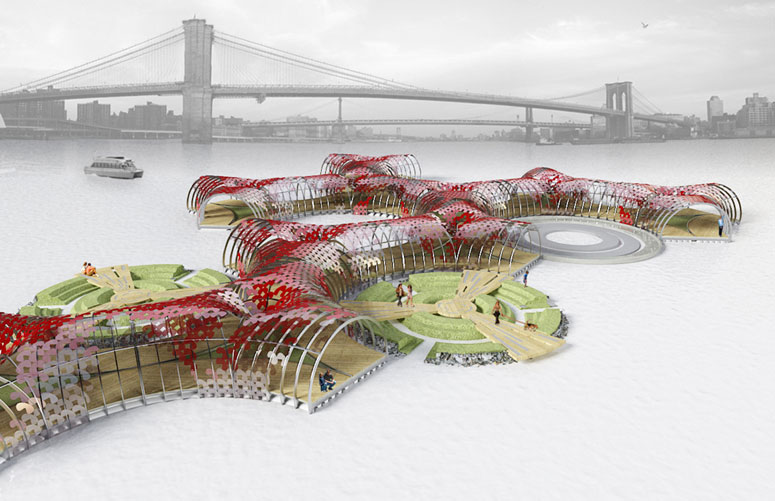 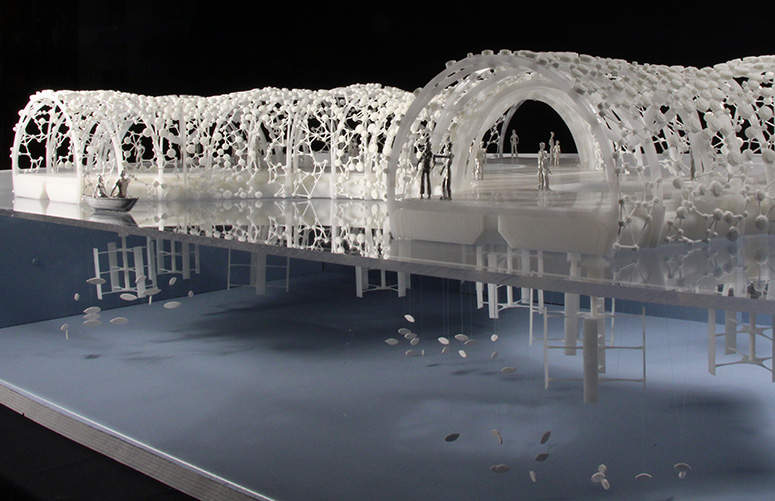 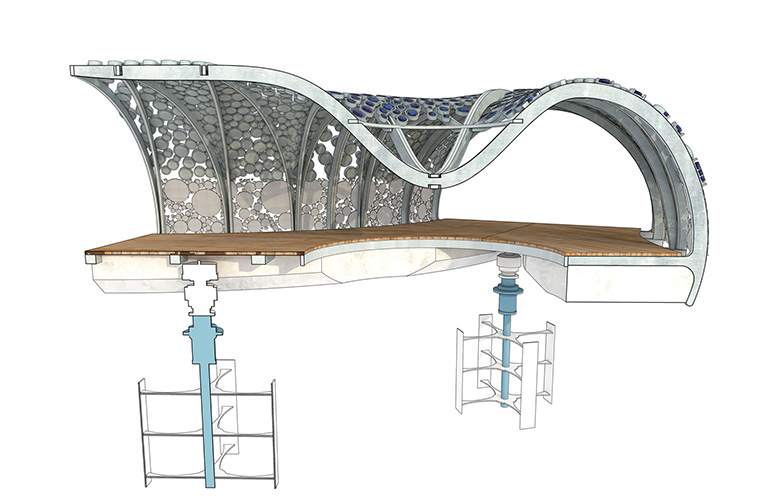 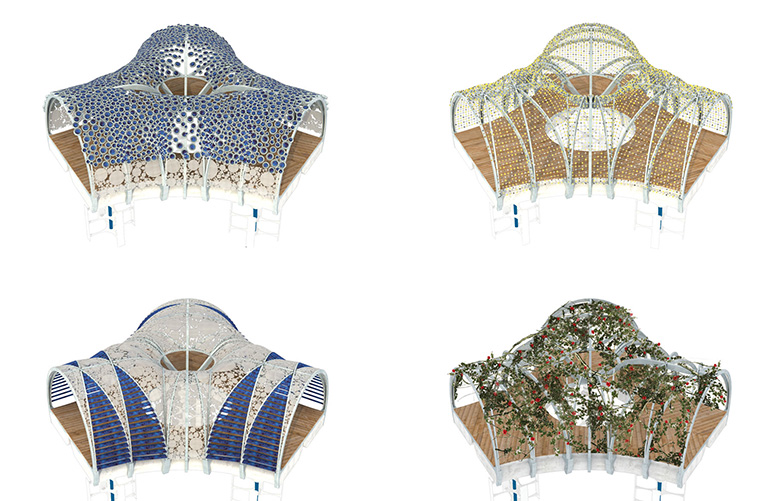 Docking Stations is a system of modular floating docks that are designed to harness the clean energy produced by tidal action of New York City rivers in order to power urban infrastructure. Docking Stations literally “plug-in” to the conventional piers of New York City, extending them further into the river to optimize clean energy generation while increasing public green space and tidal pools for wildlife. Energy awareness is encouraged by increased visibility of the connection between water’s edge and the city’s interior. Much work has been done in reclaiming access to New York City’s 578 miles of waterfront; and this relationship of the river to the city, not simply its edges, is at the core of our proposal for Docking Stations. What if the creation of a modular docking system to expand public access to the rivers and create recreational opportunities could actually produce energy by utilizing the flow of river current? Energy produced could then be fed back to the city’s power grid through existing underground transmission lines to power urban infrastructure, in this case streetlamps. There is already precedent for turbines creating energy in the waters off of New York City though the Roosevelt Island Tidal Energy project (RITE), however, our scheme seeks to generate a similar amount of energy while creating new public spaces and tidal pools through which expanded contact with river-based programs can occur. The floating, programmable surfaces of Docking Stations serve to link the idea of energy production with a physical space and the effect of powering the city’s infrastructure. Unlike the RITE scheme, which proposes horizontal turbines that require directional current, Docking Stations are equipped with three vertical turbines that spin regardless of the direction of current. Their shape, which responds to both ebb and flood flow is more efficient for continuous energy generation. Docking Stations was selected as a ‘Next Gen Notable’ by Metropolis Magazine for the Next Generation 2009 Competition.