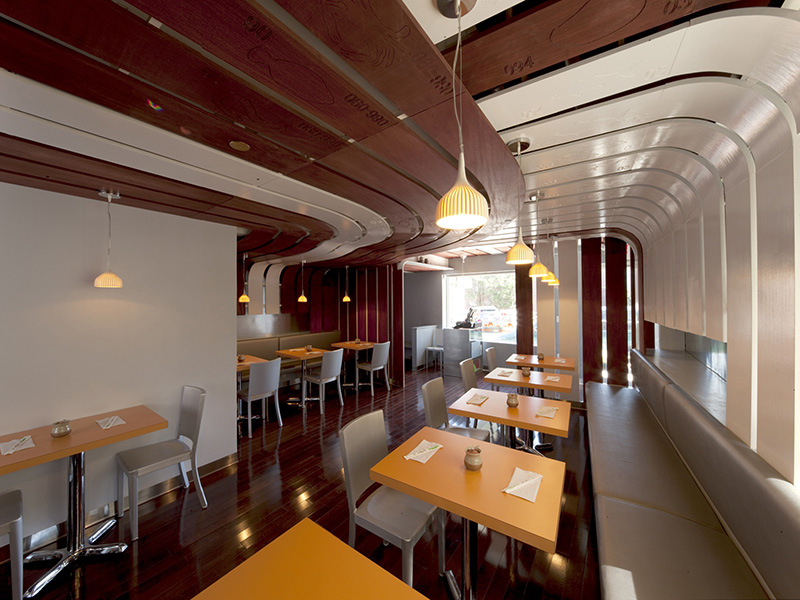 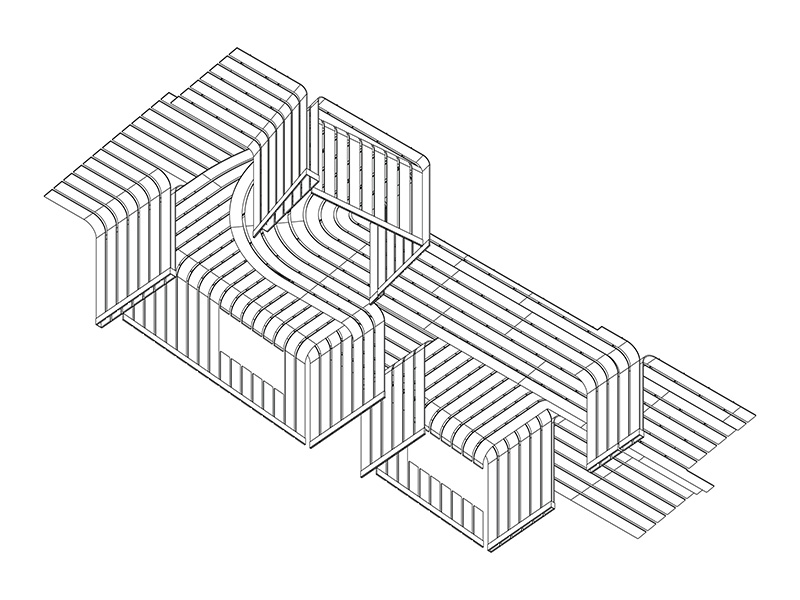 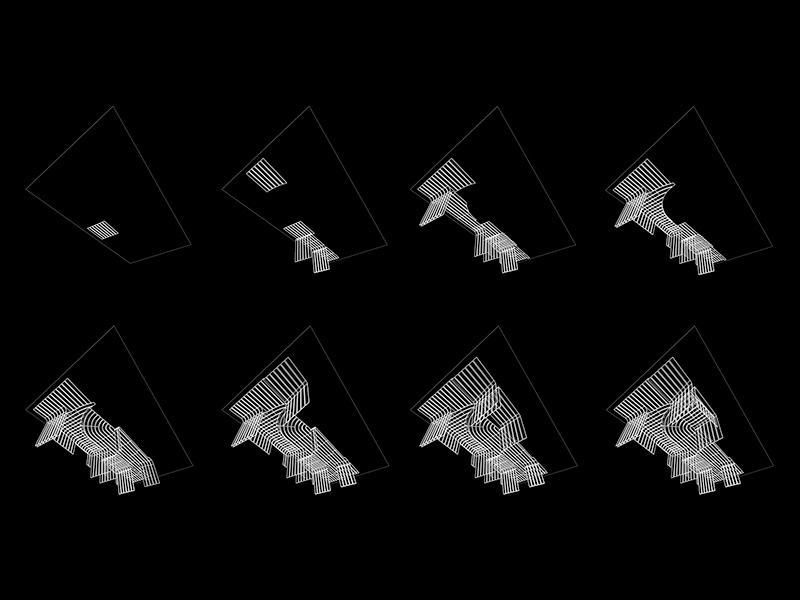 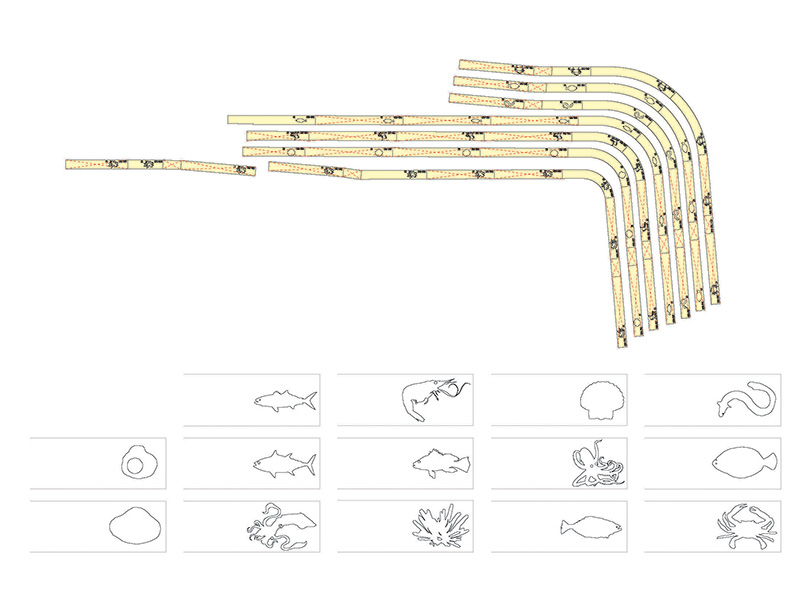 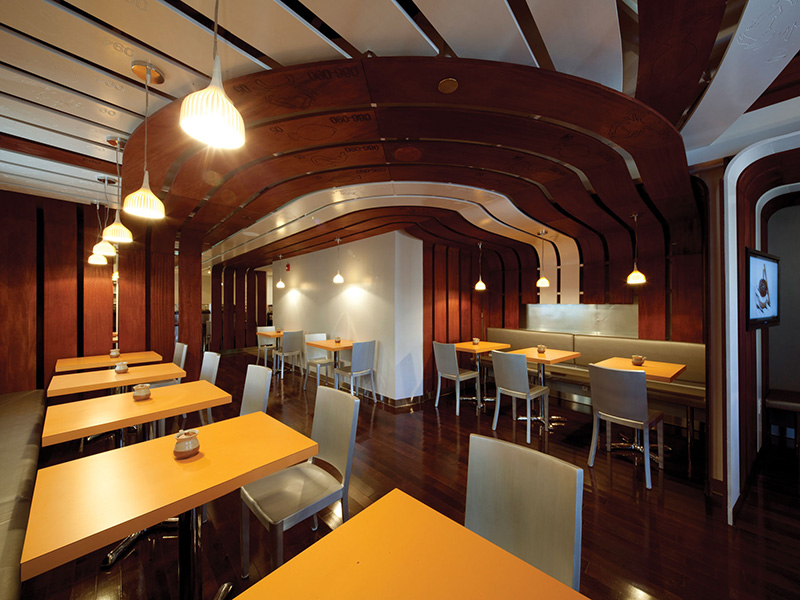 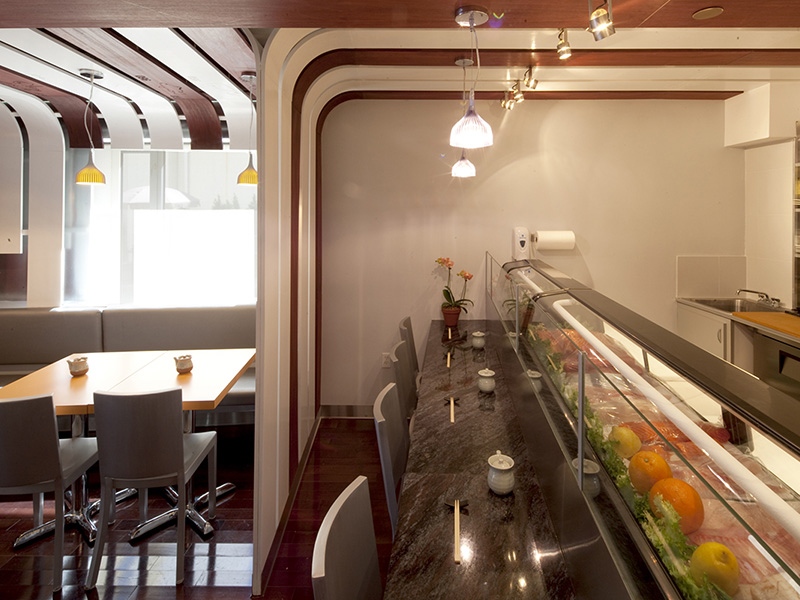 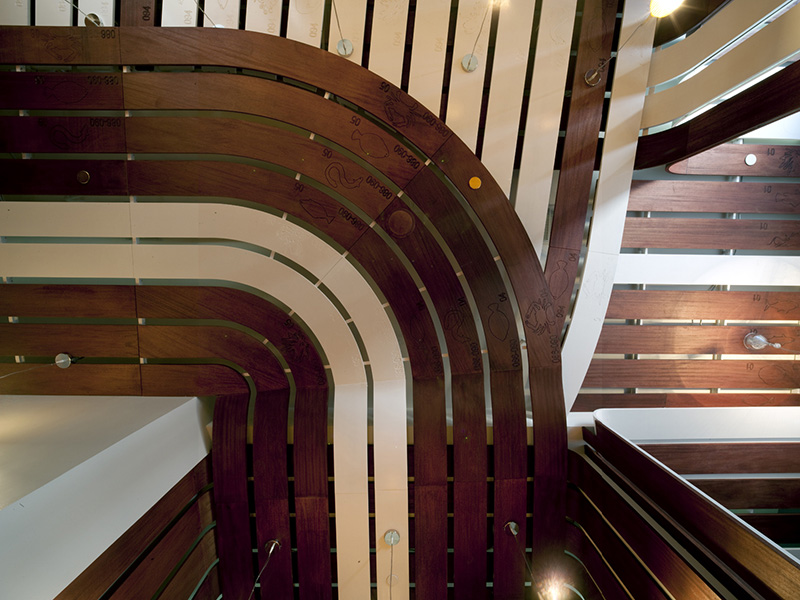 Located in downtown Princeton, MoC MoC Japanese Cuisine occupies 2,400sf of GRO’s building renovation project at 14 South Tulane Street. The design for the restaurant is conceived around an interest in expanding the dining space, both literally and experientially. We imagined a system of wood slats that forms a ceiling infrastructure throughout the first floor, operating at multiple scales in the space. At its largest scale, this curvilinear system of mahogany wood slats is used to organize the main dining area into a series of unique alcoves formed as the ceiling slats curve down to create screen partitions. The dining areas are designed to accommodate larger groups as tables are pushed together, or intimate meals as retractable fabric screens are pulled from tracks between the celling slats. As partitions, the slats allow for a screened view between dining spaces, and along the length of the perimeter walls diners see through the slats to a reflective surface that suggests a space beyond, enlarging their experience. The use of this system allows diners to have a unique experience each time they visit MoC MoC, at varied degrees of distance from the preparation of their meal as diner’s progress from the main dining areas to the sushi bar at the rear of the firstfloor, to the private dining room and chef’s table in the basement with views to the kitchen. This system of wood slats seeks to spatialize and foreground the infrastructural elements essential to the operations of the restaurant; the slat infrastructure houses retractable privacy screens and conceal linear LED lights that glow along their length.