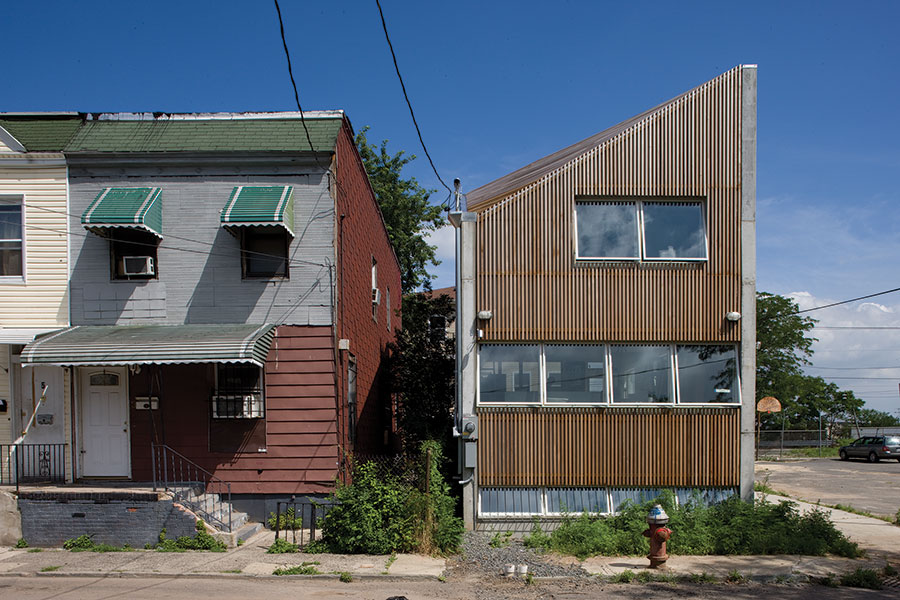 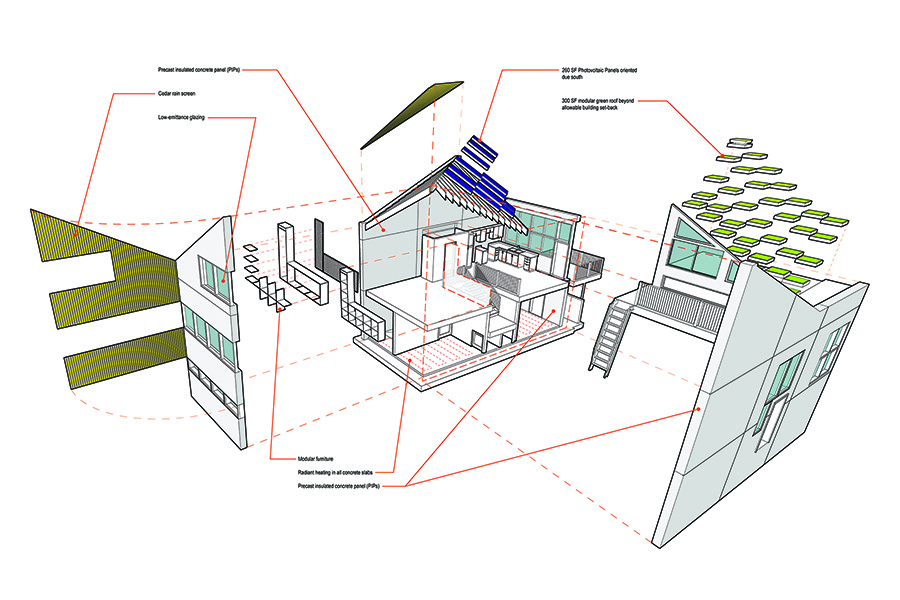 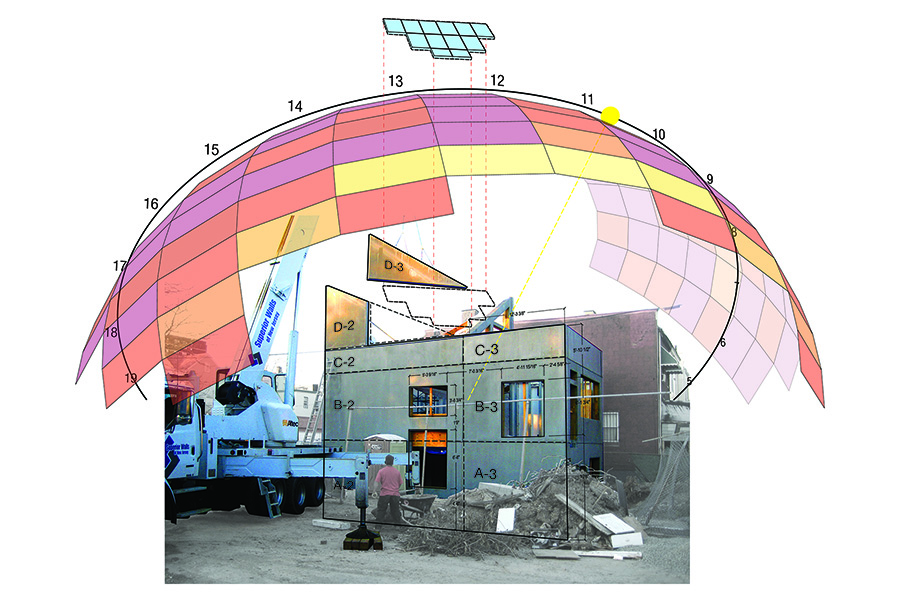 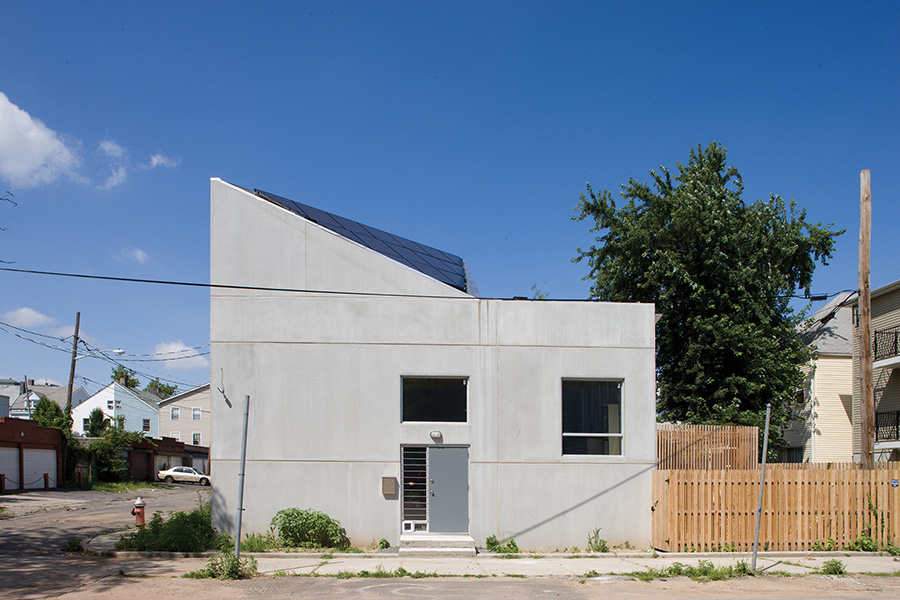 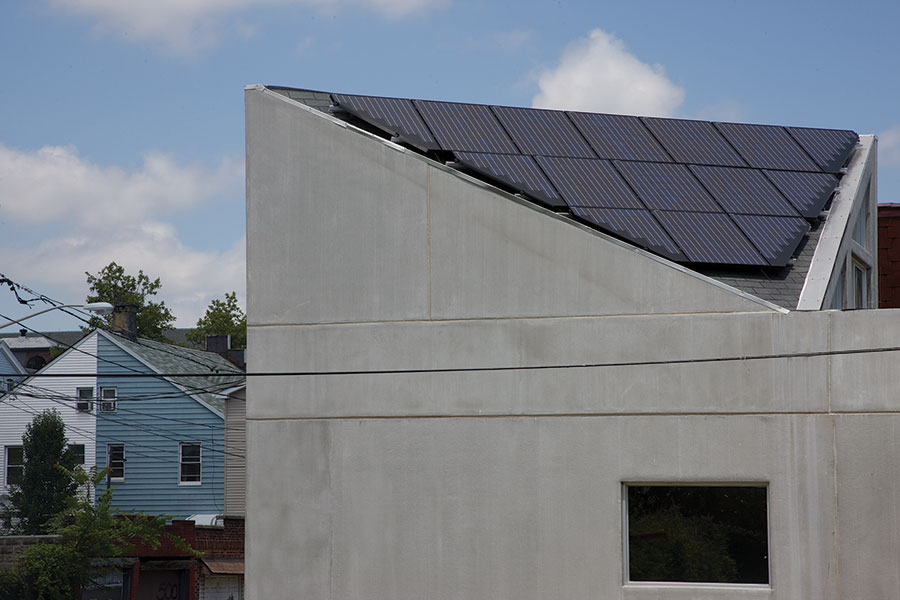 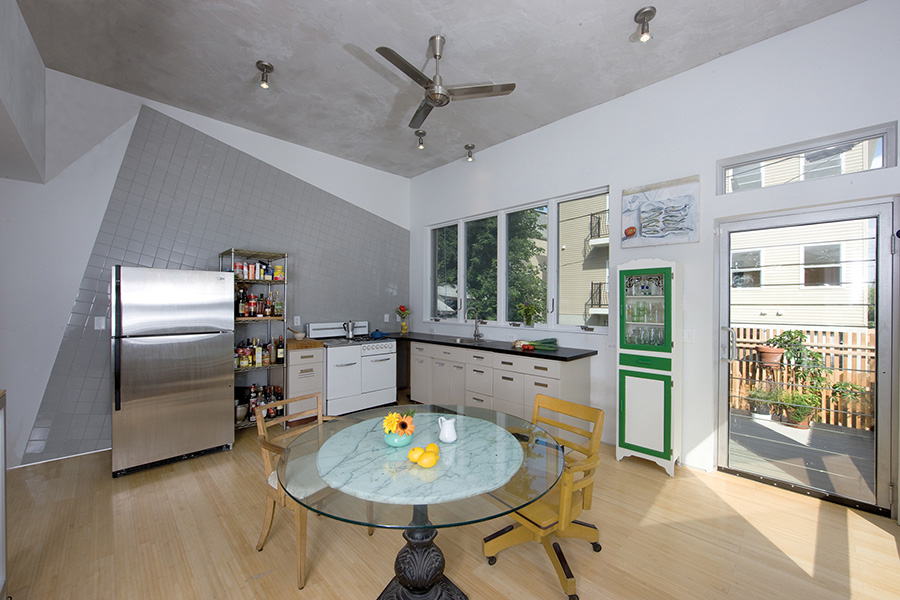 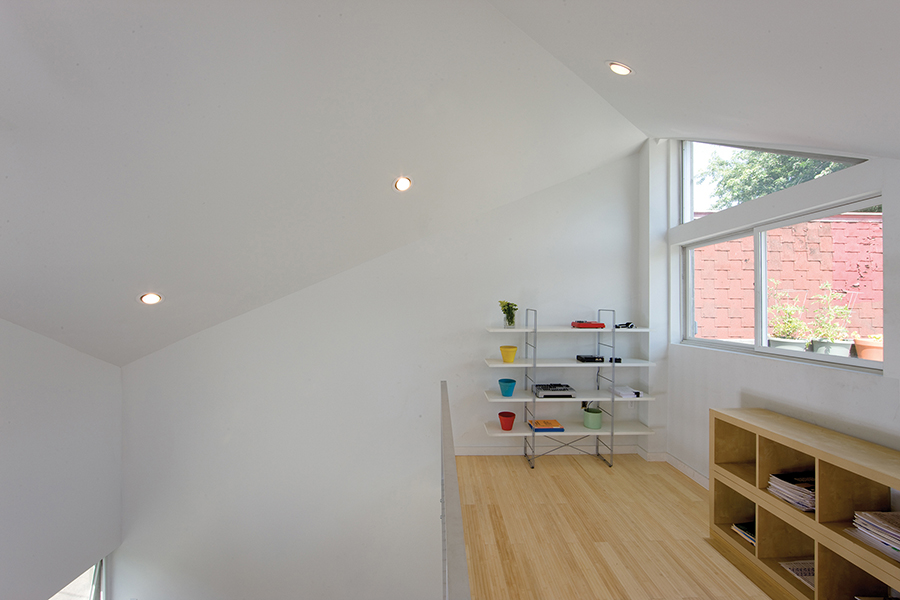 PREttyFAB is a prototype for an energy efficient, pre-fabricated housing alternative designed for vacant infill sites in urban neighborhoods. In early 2008 our design for this specific house at 1 Minerva Street in Jersey City won the praise of the city’s zoning and planning boards who likewise saw its potential as the first of many of its kind, providing available bridge across the perceived schism between green design and economic viability.This 1600sf residence prioritizes geometry to optimize solar collection, drainage, and passive heating and cooling while adhering to a low budget. Restricted by the small size of the site, our massing solution creatively satisfies the municipal ordinance of a 30-foot rear yard setback which we interpreted to mean a setback for any permeable surface, including a modular green roof of extensive low-impact vegetation. The line at which the roof begins also marks the point at which a portion of pitched roof, covered in photo voltaic panels, is rotated to 30 degrees due south to optimize solar collection and forms a more contemporary take on half of each existing gabled two-family house that lines the street. Pre-cast concrete insulated-panels (PIPs) fabricated by Northeast Precast of New Jersey are utilized as high energy performance structural walls between which the small structure is framed. The energy performance of this house is 30% better than a typical single-family home, making this design viable both in the short and long terms. PREttyFAB received an AIA New Jersey Merit Award for Built Projects in 2009 and a Jersey City Green Awards ‘Project of the Year’ 2010 from Jersey City Redevelopment Agency.