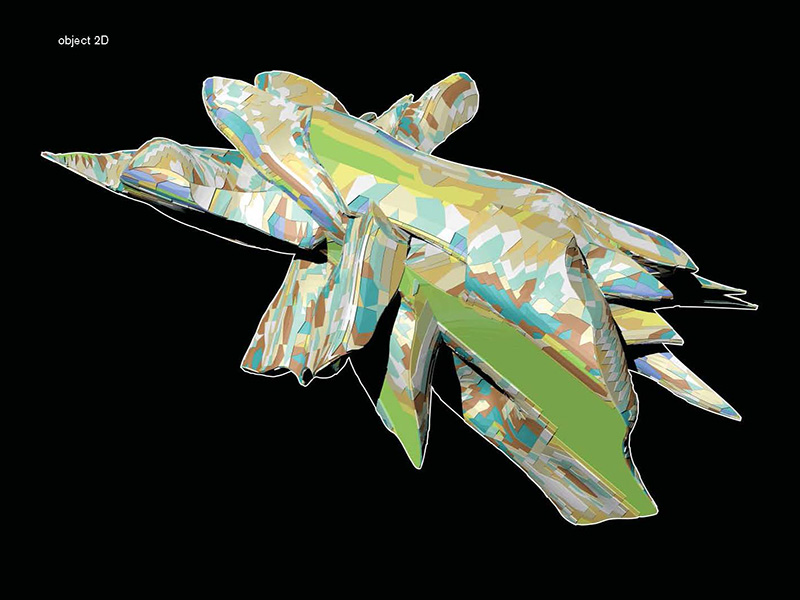 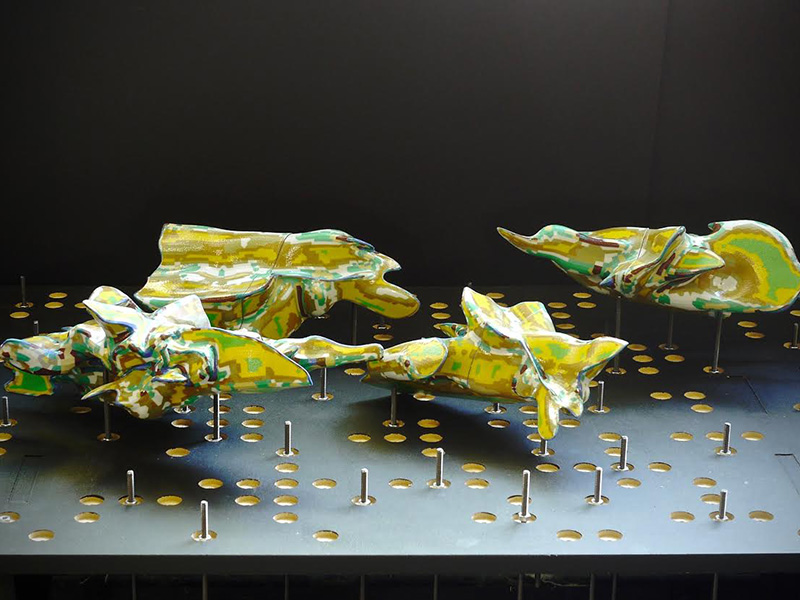 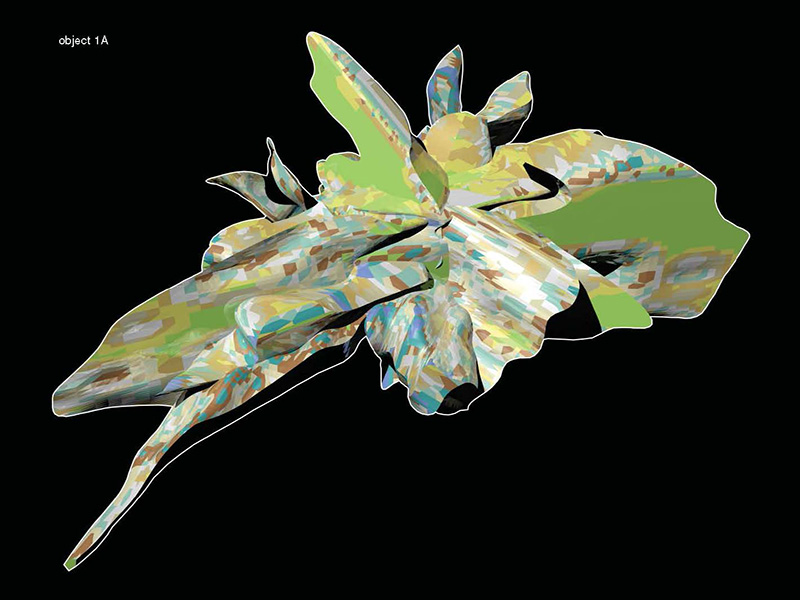 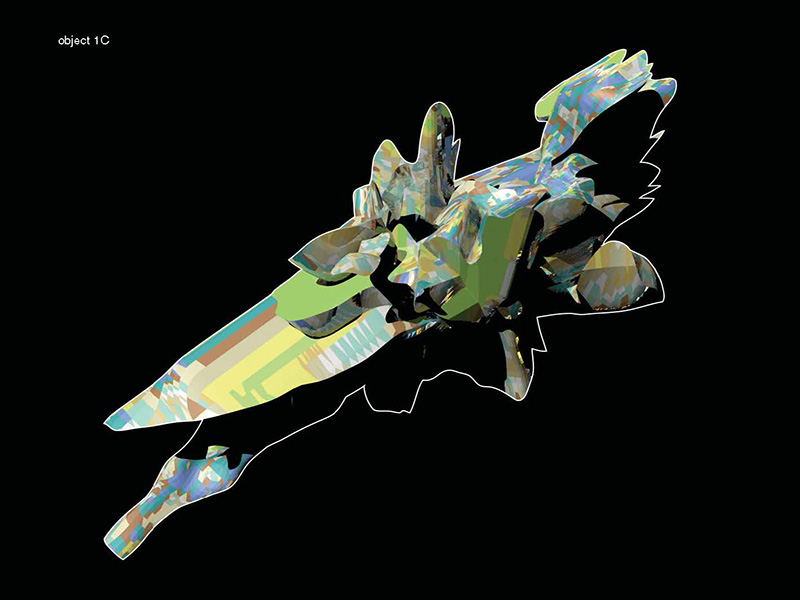 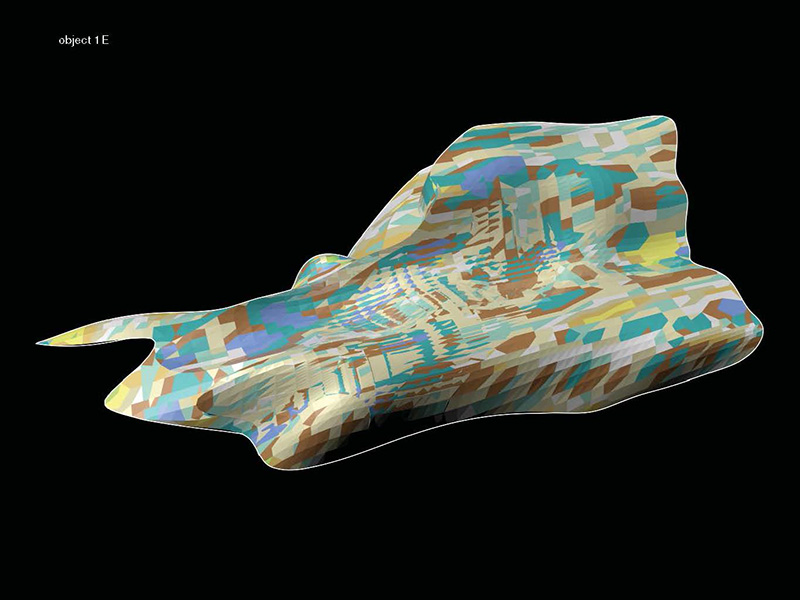 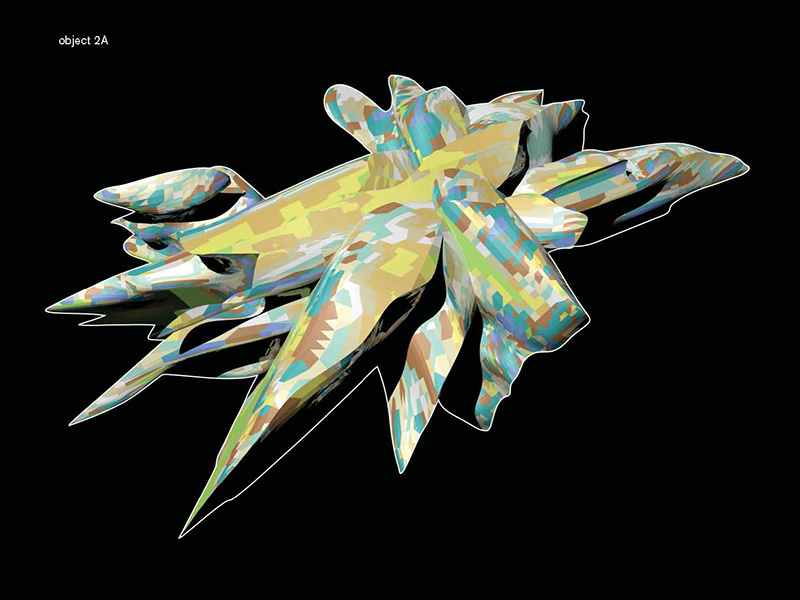 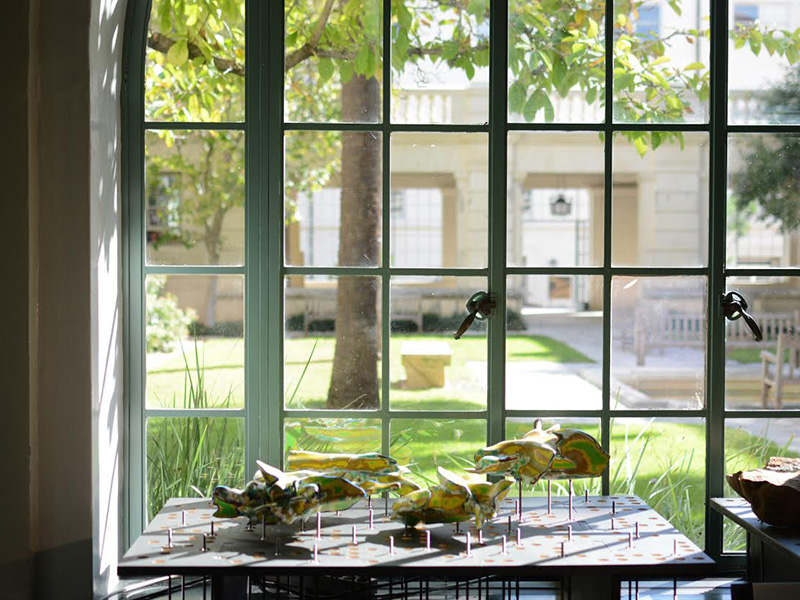 The basis for these objects was a collaboration with filmmaker Redmond Entwistle on a film called “Skein” (2007). The objects were created by initially mapping the negative spaces and boundaries around bodies interacting with the landscape on a real path that loosely follows the Dover Line, a freight line that travels west from New York City into New Jersey. The objects present a different reality to what can be described as one’s sensual experience in and beyond the city. New Jersey served as the starting point for “objectifying” the negative spaces around bodies and gestures that were then modeled three-dimensionally.

For Entwistle, “Each fragment of filmic space was intersected with the following fragment according to a system reflecting the distance traveled, this would sometimes add to and sometimes erase elements of the previous form.” These objects withdraw from the very relations that bore them, thereby breaking notions of cinematic continuity and time. The philosopher Graham Harman has described such objects as dark crystals “veiled in a private vacuum: irreducible to” their own pieces (Harman, Quadruple Object, 9). For it was the sensual relationship between humans and their landscape in the film that precisely allows these real objects to withdraw, forming these breaks in the film – a sort of “boundary zone” according to Entwistle. Similar to Harman’s hammer, the objects are the relational products of pieces that are still (more deeply) withdrawn; these object-pieces (like hammer-pieces) in turn are relational compounds of other withdrawn real objects, and thus presumably to infinity (Harman, Prince of Networks, 215). The objects are reimagined here with a further development of their own “skein”, in which they are color-scaled based on an analysis of their own mesh components, that form a more localized, yet equally withdrawn expression of these objects. The colors not only show variation of faces, but also reveal a color schema based on geometric relations. The objects were 3D printed in full color using a sandstone printer that deposits binder material onto a bed of gypsum powder, layer by layer. Color is achieved by linking a texture file to the original geometry for printing, with inks similar to those utilized by an Ink Jet printer.