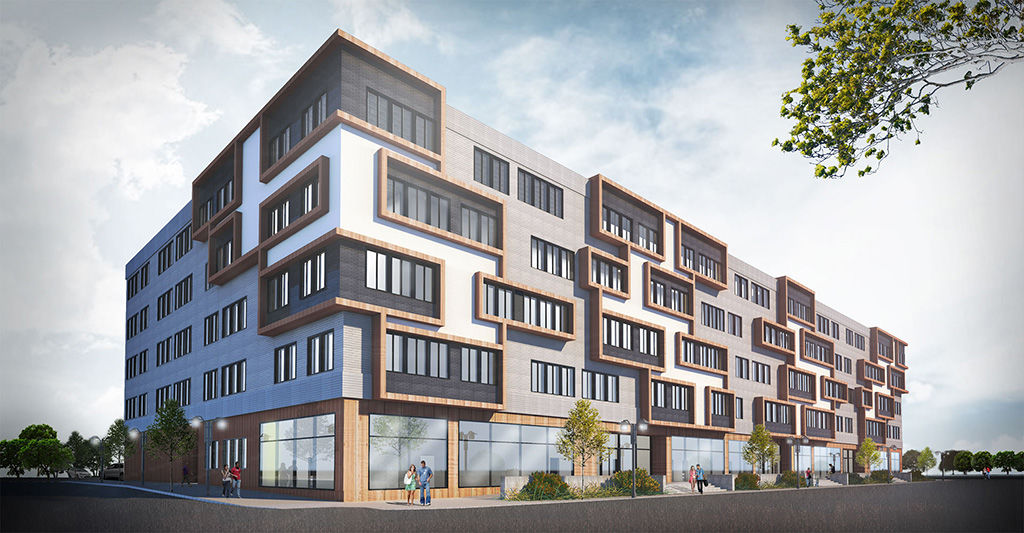 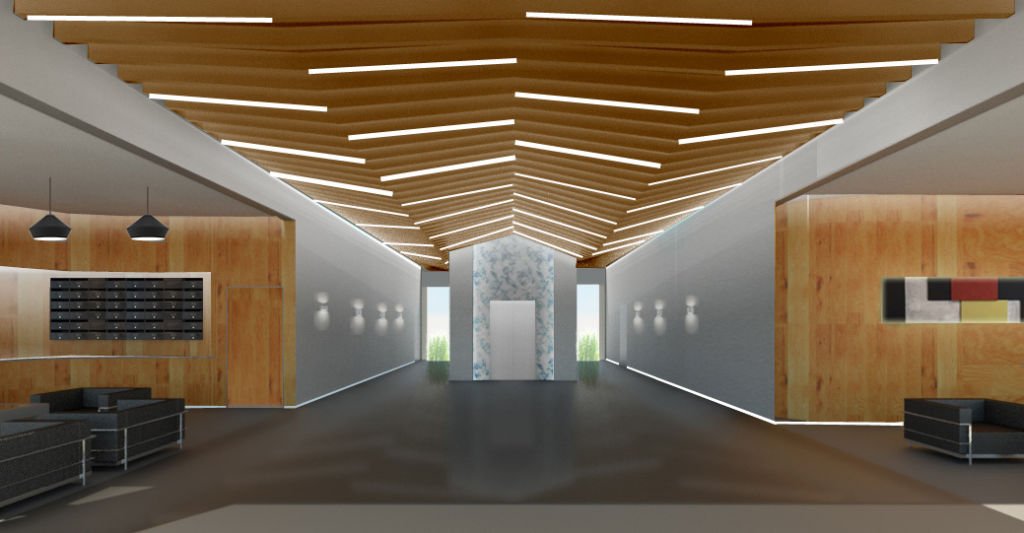 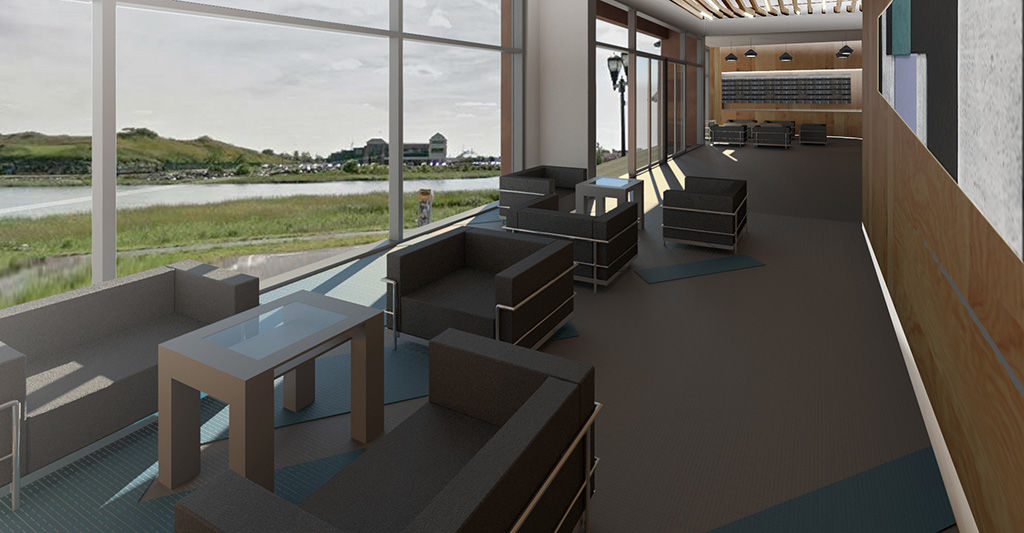 The Waterview is a new, ground-up 97-unit residential building at the city’s former Military Ocean Terminal, a former Navy and Army base on a human-made peninsula that projects into New York Harbor. The area, which officially closed in 1999, is considered the “last frontier for urban development” in Bayonne. The building features a mix of studio, one- and two-bedroom units over a ground floor with amenity spaces and approximately 6,000 square feet of retail. Residential units range in size from 650 square feet to 1,300 square feet. The area’s redevelopment plan calls for a certain amount of context sensitivity, which meant taking inspiration from local structures – for us, namely the passenger cruise ships that dock at the end of Goldsborough Drive. Instead of subdividing the 5-story building, which has some 270 feet of street frontage, vertically – a typical gesture for such buildings – a horizontal frame system was developed to provide movement along the façade which departs from repetitive vertical datums usually seen on long and low buildings.