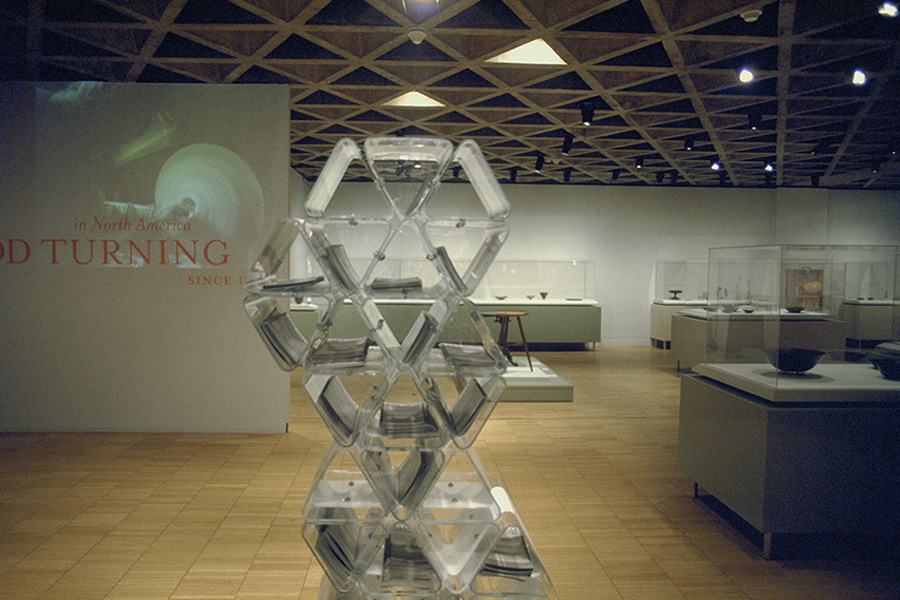 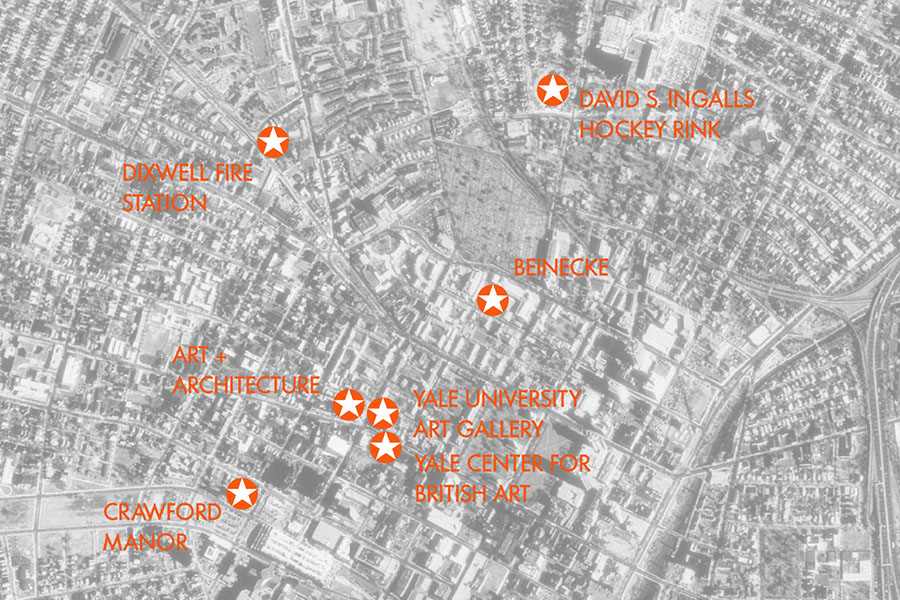 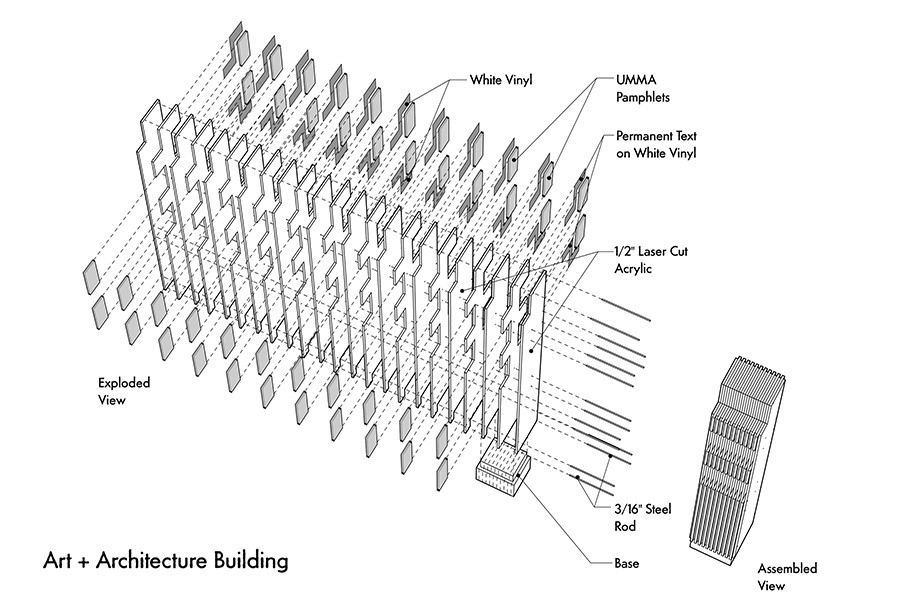 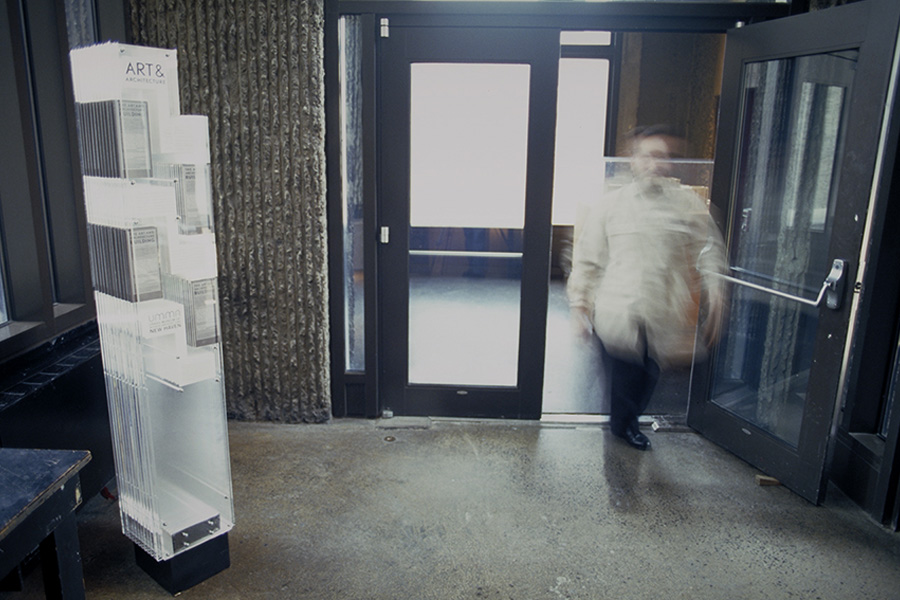 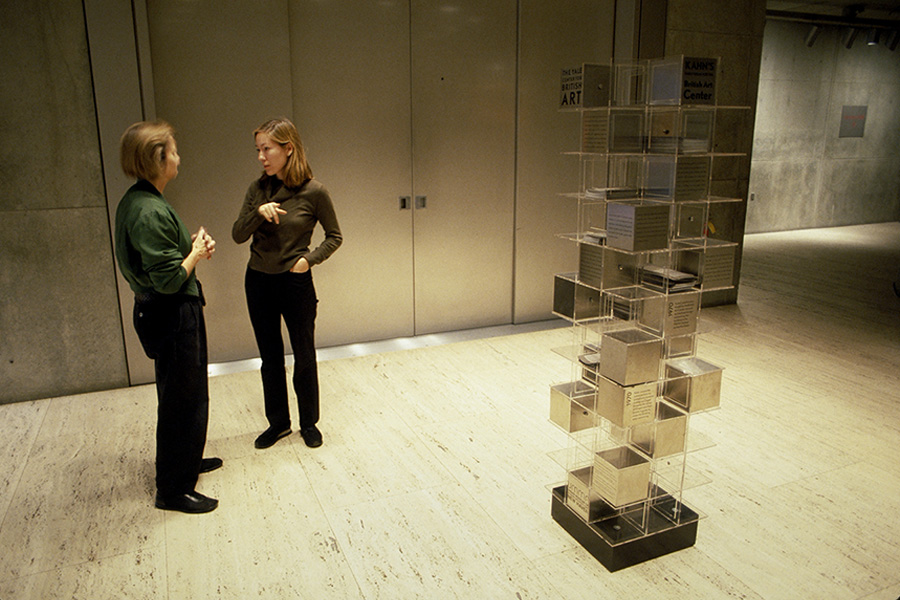 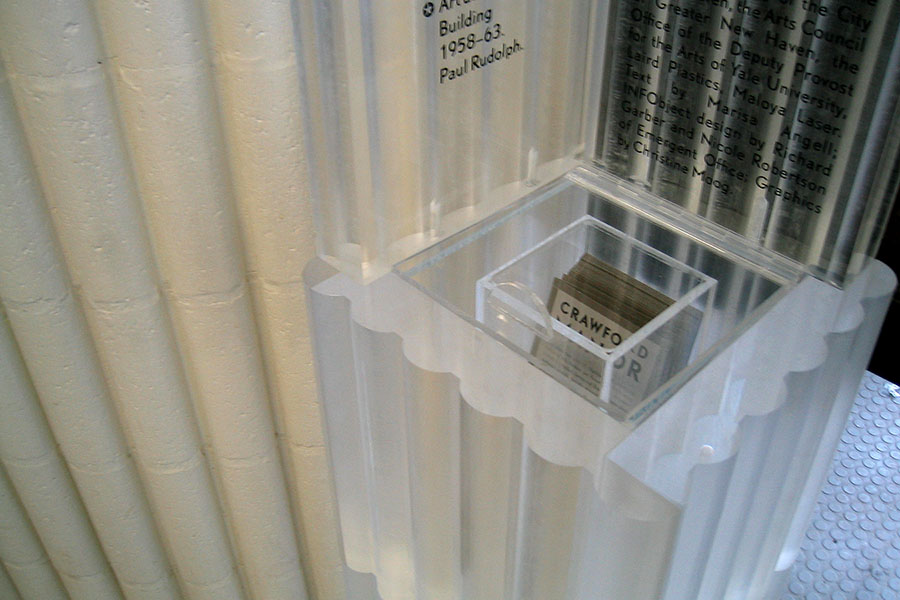 GRO’s first project, from 2003, the Urban Museum of Modern Architecture (UMMA) in New Haven seeks to recognize seven buildings designed by preeminent American architects from 1950 to 1970. While the traditional relationship between art-object and the observer in a museum context removes specificity of place through the neutrality of the gallery, UMMA: New Haven seeks to orient the observer within these specific works of architecture, creating a decentralized museum in the city. Central to this is the invention, fabrication and dispersion of the INFObject – a combination kiosk, pamphlet dispenser, urban signage, sculpture, and display stand. An INFObject was designed for and placed in each of the seven-chosen works in New Haven: Yale University Art Gallery, 1951-1953, Louis I. Kahn; David S. In galls Hockey Rink, 1956-1958,Eero Saarinen; The Yale Center for British Art, 1969-1977, Louis I. Kahn (completed by Pellacchia and Meyers); The BeineckeRare Book and Manuscript Library, 1960-1963, Gordon Bunshaft of Skidmore, Owings, and Merrill; Crawford Manor, 1962-1966,Paul Rudolph; Dixwell Fire Station, 1967-1974, Robert Venturi; Art and Architecture Building, 1958-1963, Paul Rudolph. Programmatically, the seven INFObjects serve as markers at the entrance to each building, facilitating walking tours and creating linkages to the dispersed network of modern architecture in the city. Locally, each INFObject displays permanent text about each building while serving to shelve and dispense pamphlets with more detailed information about the architecture and the project as a whole. In the design of the seven INFObjects, we sought to appropriate the operative qualities of each building, reinterpreting and applying these qualities to the specific functions of displaying and dispersing information. The integration of the pamphlets and text into the design makes the participation of the community visible in a formal sense making the architecture of each building more accessible to the public. While the formal identities of each INF Object differ, their materiality, fabrication, and assembly techniques share a common language, linking their local specific cities to their role in a broader urban network.