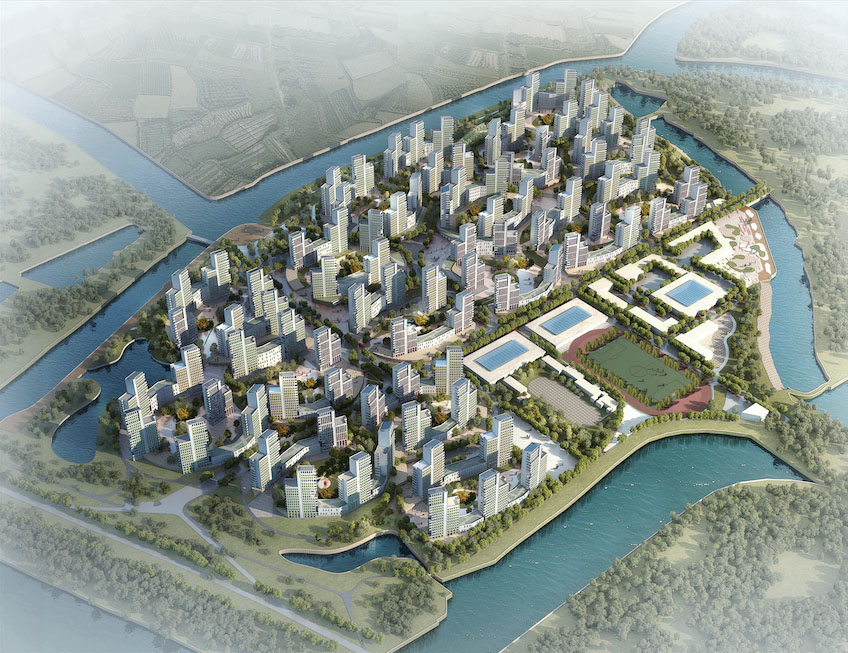 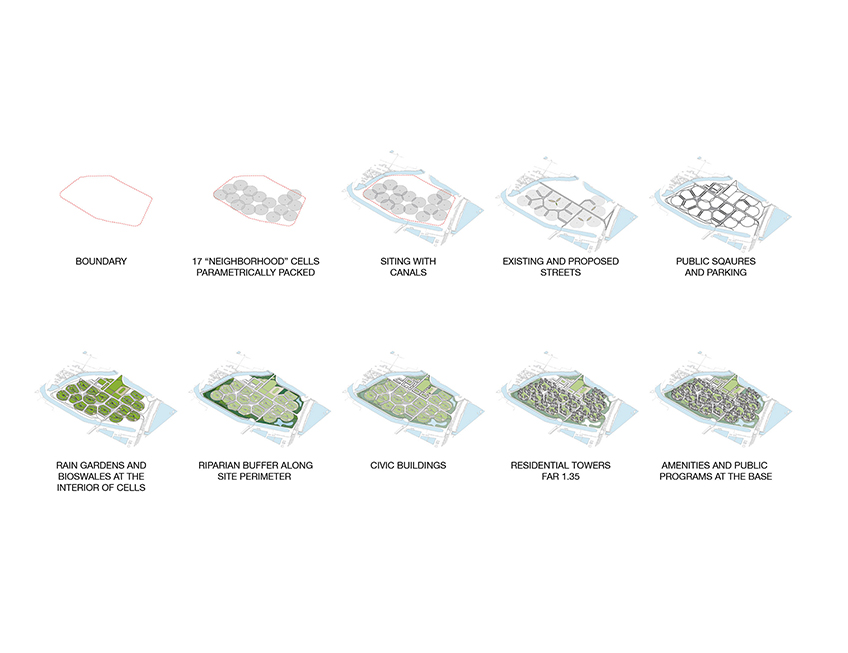 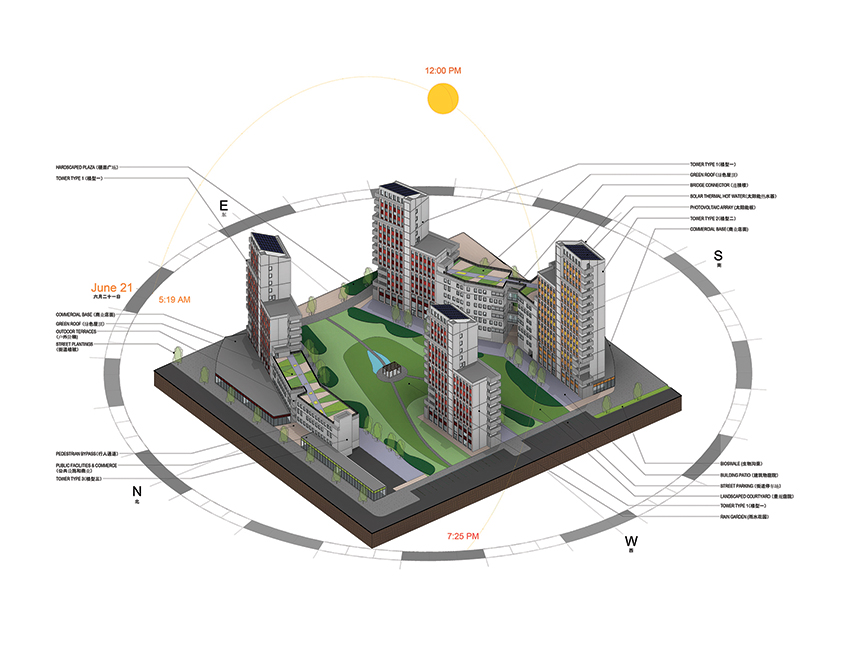 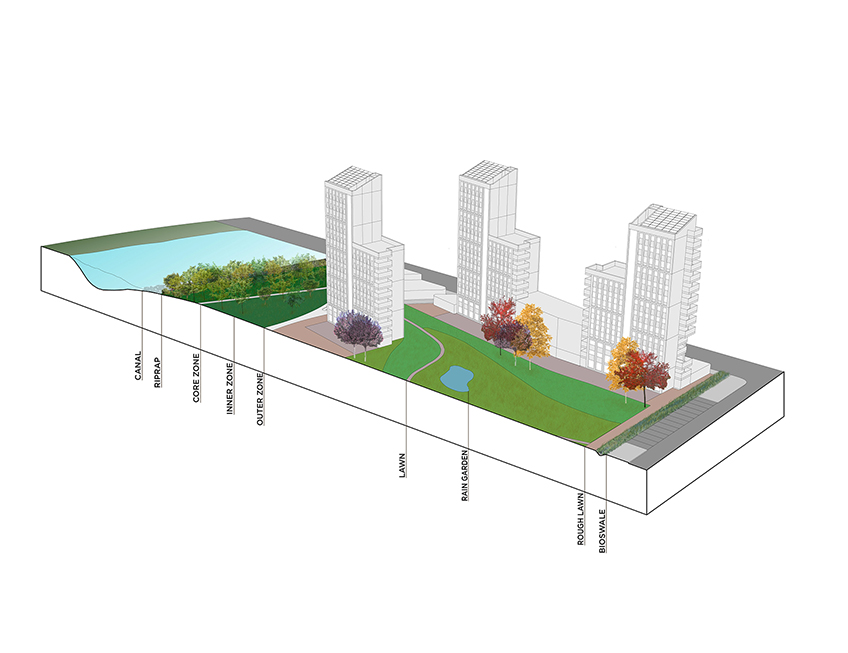 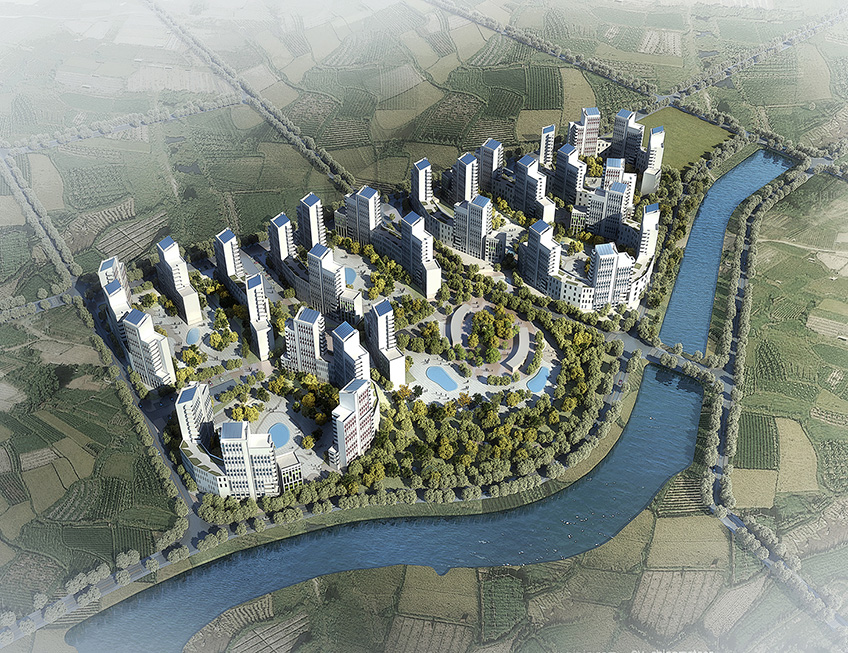 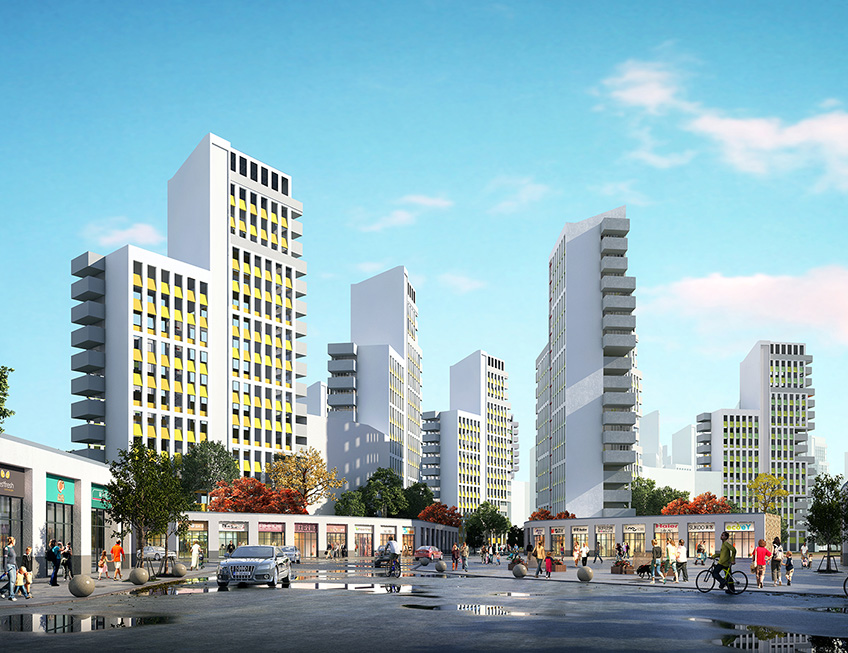 GRO, in collaboration with NJIT and Rutgers faculty, undertook a pilot project exploring potentials for Richard Garber’s concept of Chinese “New Ruralism” for the Wuhan Planning and Design Institute (WPDI) in the Zhangdu Lake Region in the Xinzhou District of China. The scheme was submitted to the planning and design institute in July 2014 and has been evaluated for implementation at Zhangdu Lake. The project serves as a prototype for responsible development in the countryside, where there are still great opportunities to provide dense yet ecological responsible communities that provide necessary housing for the populations of villagers while demonstrating a commitment to sustainable environmental practices. The planning of the Zhangdu Lake Eco-Community involved the registration of three distinct scales at which the integration of architectural, ecological, and landscape systems come together to form a new model for dense countryside living. Within this framework, the landscape design of individual cells proposes a layering of four spaces that transition the residents from the very public streets to the cell’s natural interior. The four spaces range from formal designed areas to very natural storm water retention spaces. Groups of cells (neighborhoods) are joined to form clusters, which take advantage of open spaces and public squares around proposed streets for public gatherings as well as a small amount of parking spaces. The project’s ecological infrastructure primarily operates at the scale of a cluster – which are 4 or 5 neighborhoods that are grouped for efficient and cost-effective storm water management and wastewater treatment. The community consists of several clusters that are in mixed use with slightly different functions. The majority of the clusters are primarily for residential use, but there are ones for commercial use, public facilities and municipal administration. The project received the Bronze Medal for Excellence in Planning from the City of Wuhan, Hubei Province in 2015.